Should You Take Probiotics and Fiber Together? 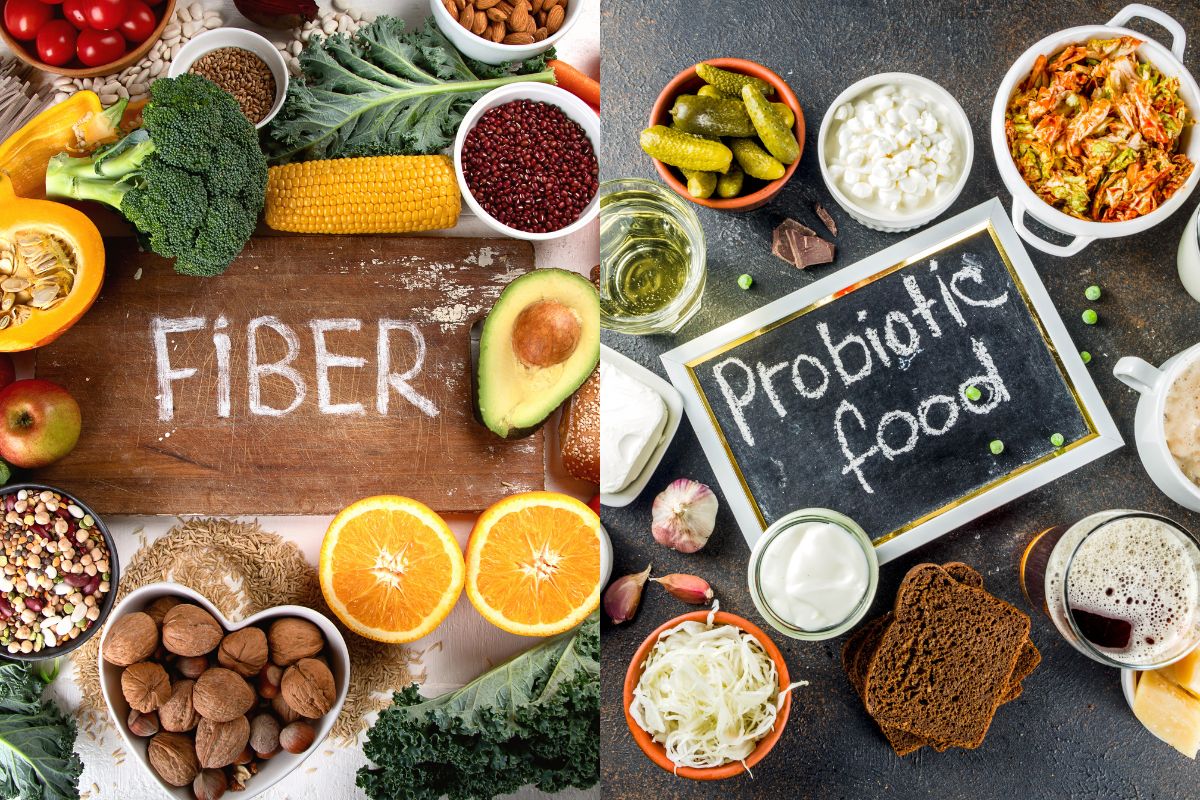 Fiber has long been touted as an essential component of any person’s diet. Similarly, probiotics have also gained widespread popularity. As a result, many people are wondering if can take the two together and gain their benefits simultaneously.

So can you take probiotics and fiber together? The short answer is yes. It is indeed possible to take the two in conjunction without getting an upset stomach.

Now with that said, I’d like to dive deeper into the subject. That way, you’ll know everything there is about it and not be left with any unanswered questions. So without further ado, let’s begin!

Probiotics refer to any type of “good bacteria” that promotes general health. They can be found in a wide variety of foods. However, they’ve become increasingly popular in supplement form because they’re easier to take that way. That said, not all probiotics have the same benefits.

For example, take Bionaze, which is a probiotic supplement formulated from a proprietary blend of two probiotic strains –  BLIS K12 and BL-04. Together, these strains work to alleviate throat, nose, mouth, and ear conditions such as sinusitis, allergies, halitosis, asthma, and rhinovirus.

You may not be aware of it but there are already probiotics in your body. As a matter of fact, an entire ecosystem of both good and bad bacteria is present within your body. Many refer to this ecosystem as gut microbiota. Like any other ecosystem, this can become imbalanced due to a variety of reasons.

Although fiber has been consumed by man since prehistoric times, the term “dietary fiber” was only coined back in 1950. Now for those unaware, the term dietary fiber pertains to the micronutrient made up of lignin and nondigestible carbohydrates intact in plants

In simple terms, fiber is the component in edible plant matter that the body can’t digest. Despite that, it’s beneficial because it facilitates the passage of food through the digestive tract.

Like probiotics, not all fiber is the same. Fiber is broadly classified into two categories – soluble and insoluble. While neither of the two can be digested, soluble fiber can be fermented by probiotics, essentially making it a prebiotic inside your body’s gastrointestinal tract.

Putting It All Together

It’s a good idea to take probiotics and fiber together. As mentioned earlier, soluble fiber can act as fuel for probiotics. By consuming it, you’ll be able to naturally increase the number of good bacteria inside your gut’s microbiota. As a result, you shall receive a lot more health benefits.

With that said, it is still a good idea to consult your physician, especially if you plan on taking a probiotic supplement together with a fiber supplement. How come? Taking too many probiotics can bring about symptoms like diarrhea, bloating, and nausea.

How To Prevent Constipation in Babies 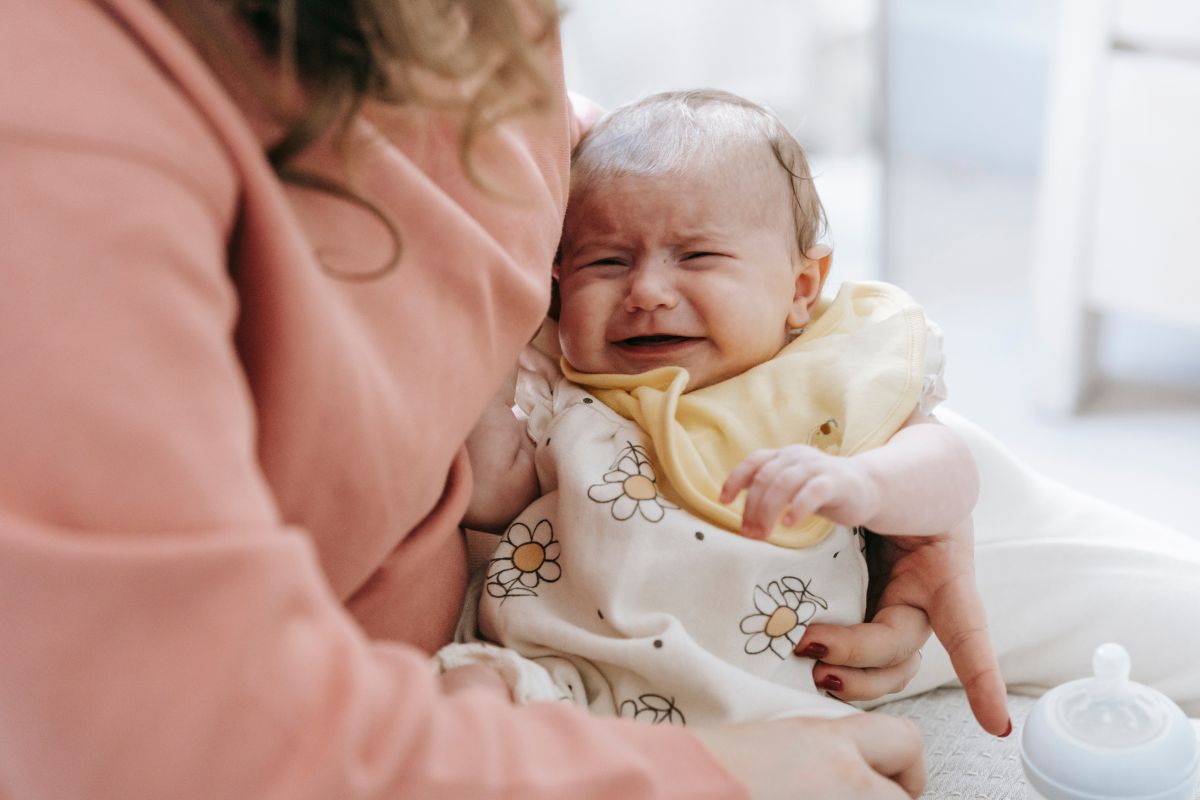 Any mother would agree that babies have very sensitive tummies.

Unlike adults, their organs are still developing. Therefore, a slight change in their diet or environment can throw their digestion off course.

It’s for this reason that constipation is very common in babies. This is especially true for babies who have just started eating solid foods. Also, formula-fed babies are more prone to constipation than breastfed ones.

So how do you prevent constipation in babies? The answer depends entirely on your baby as constipation has many causes. A slight dietary adjustment might work for some babies while others might require a doctor’s help.

Constipation is a condition wherein a person makes less than 3 bowel movements in 1 week. When stool is finally passed, it’s either hard, lumpy, or dry. Furthermore, the process of passing that stool is often uncomfortable and even painful for many.

How to Spot Signs of Constipation

The thing about babies is that it’s pretty easy to tell when something’s wrong. But it’s hard to tell what exactly is wrong because they can’t really tell you what they feel. For that reason, you need to be vigilant and be on the watch for these signs:

The bowel movement frequency can vary for each baby. It’s largely dependent on the milk or the foods they take in. Most breastfed babies may not pass a stool every day. Meanwhile, those on formula may have bowel movements multiple times each day.

Keep track of your baby’s bowel movement schedule. If they have not pooped for far longer than they usually do, it might be because they are having a hard time doing it.

Does your baby get cranky and moody during bowel movements? Maybe it’s because they are straining to get the stool out.

When babies don’t get bowel movements at normal intervals, the stool can become hard and clay-like. That’s why your baby has to strain really hard to get it out.

Blood In The Stool

The first thing you’ll notice in constipated babies is a bloated belly. You can usually tell this if their tummies are taut or too firm when touched.

Constipation can also give your baby a great deal of discomfort. That’s why they easily get cranky and often refuse to eat food.

A sudden change in diet can upset your baby’s stomach. A great example of this is when making the switch from milk to solid foods.  Your baby’s digestive system may take time to adjust to the new foods.

Some medications such as high-dose iron supplements can cause constipation in babies too. This is also true for narcotic pain medicines. If your baby is taking these medications, talk to your doctor about other treatment options to avoid constipation.

Change in routine and being away from home in a new environment can cause stress to your baby. This can also upset their bowel movement schedules.

IBS is an intestinal problem that we commonly refer to as “nervous stomach” or “spastic colon”. Its symptoms include cramps, gas, bloating, and constipation.

Sometimes, babies will hold off on passing a stool even when the urge to go is great. Reasons can vary like refusing to use a public restroom, being distracted by a toy, or rebelling against potty training.

How Probiotics Can Help

Probiotics had long been associated with treating and preventing digestion issues. This applies to toddlers and infants too.

But first, what are probiotics?

Also referred to as the “good bacteria”, probiotics are living microorganisms that benefit our body. They help keep a healthy balance of both good and bad bacteria in our guts which creates a healthy intestinal flora. This improves and boosts our body’s digestive process.

Can they help with infant constipation?

Much research still has to be done to definitively prove the effect of probiotics on infant constipation. But several studies conducted in the past few years have yielded positive results.

A 2010 study in Italy subjected 44 infants with chronic constipation to a daily dose of probiotics and pureed high-fiber diet. After 8 weeks, they’ve shown significant improvement in bowel movement frequency. No adverse effects were recorded.

According to researchers, the results suggest that probiotics are a natural, safe, and well-tolerated treatment that may provide a simple and attractive way to treat infantile functional chronic constipation.

A medical review published in 2010 also examined six clinical trials conducted in different countries. All showed that probiotics improved bowel frequency in children. However, no significant changes in stool consistency were noted.

So where do I start giving probiotics to my baby?

First, you need to remember that there are thousands of probiotic strains. Each has different functions. Most probiotics supplements are made of strains targeted for a specific purpose.

For constipation in babies, the Lactobacillus reuteri strain is often used. Just be sure to talk to your doctor before giving any probiotics to your baby.

Here are some home remedies for infant constipation you can try before calling a doctor:

When to Call The Doctor

Some cases of constipation need professional intervention. We recommend calling your doctor in the following instances:

The doctor will usually prescribe laxatives and suppositories. Although they are available over the counter, do not try to administer them yourself without a physician’s consent.

[Related: Probiotics For Babies With Gas: Do They Help, And How?]